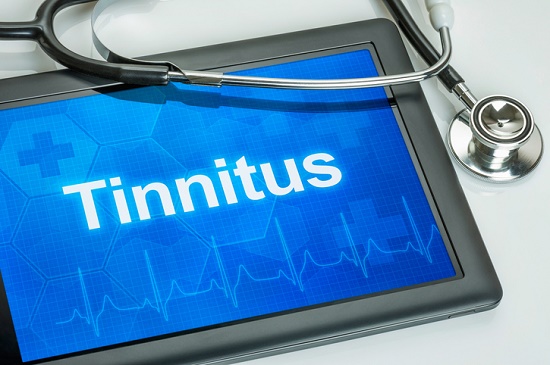 Tinnitus can be a frustrating burden for any amount of reasons. First off, tinnitus is a very subjective condition. What that means, is you unfortunately you can’t simply show anyone what the ringing sounds like, how loud the tinnitus may be at any time, or how bothersome the constant ringing can get.

Second, there still isn’t any true, objective way to measure tinnitus. You can’t walk into your doctor’s office, get some blood drawn, have some tests ran, and get diagnosed with tinnitus.

Third, unfortunately the medical field still doesn’t understand the “in’s and out’s” of how tinnitus works. As such, our grasp of the causes and possible treatment options remain less than ideal.

This can all amount to an extremely frustrating experience, but those affected should not feel hopeless. As a matter of fact, many patients go on to display very encouraging improvements with their symptoms when paired with the correct treatment plan.

Throughout this piece, we will be going in-depth regarding one tinnitus treatment option in particular that has shown to be rather effective, known as Tinnitus Retraining Therapy (TRT). However first to understand how it truly works, we will first need to go over the two parts of tinnitus.

The Two Parts of Tinnitus

Tinnitus can be defined as t”he perception of sound when no external sound source is present.” As such, we could go on to categorize tinnitus into two different parts:

The effective treatment of tinnitus therefore requires addressing both parts, which is the underlying rationale of Tinnitus Retraining Therapy.

Sound therapy is the use of external sound to “mask” the internal sound of tinnitus. This mitigates tinnitus on a number of levels.

First, the external sound can partially or completely cover the tinnitus sounds, and can also divert the patient’s attention, while the sound is being played. This can provide immediate relief.

Second, sound therapy can result in what is called “habituation,” where the brain is trained over time to reclassify the tinnitus as an unimportant sound that should be ignored.

Third, the use of specialized sound minimizes the hyperactivity in the brain thought to be the underlying mechanism of tinnitus. This is called “neuromodulation.”

Sound therapy therefore has both short-term and long-term benefits, and works on multiple levels to mitigate the severity of symptoms. Sound therapy can be delivered through special sound masking devices, headphones, and even hearing aids.

While any sound can theoretically provide the masking effect, specialized medical-grade devices deliver customized sounds or music programmed to match the characteristics of the patient’s tinnitus. Your hearing care professional can help you select the right device and sound.

In addition to sound therapy, TRT also employs behavioral therapies that address the second, emotional component of tinnitus. In ways, this is the more critical component, as tinnitus can trigger strong emotional reactions like anxiety, depression, and anger.

Research in this area has led to some surprising conclusions. For example, studies have found no correlation between the loudness/pitch of tinnitus and patient-reported distress. Whether or not tinnitus is viewed as no-big-deal, slightly bothersome, or devastating is largely dependent on the cognitive/behavioral response of the patient.

That’s good news because it means that you can learn various techniques to reduce the anxiety caused by tinnitus (which itself can make the tinnitus worse). And that’s why behavioral therapy has been so effective—in fact, a 2010 meta-analysis of eight research studies showed significant improvement in depression and quality of life for patients that participated in the programs.

Behavioral therapy can be delivered one-on-one or in groups, from a clinic or over the phone or internet from the patient’s home. Therapy includes education, identifying tinnitus triggers, instituting healthy lifestyle choices to mitigate symptoms, and mindfulness-based stress reduction.

Take Action and Silence Your Tinnitus

Tinnitus Retraining Therapy is effective because it leads to habituation on both fronts, both in terms of the actual sound and in terms of the emotional and behavioral responses.

While there is no known cure for tinnitus, you can mitigate the symptoms with the right plan and some perseverance. As your tinnitus is masked and the brain is trained to ignore it, you’ll be able to better cope with the sounds and improve your quality of life.